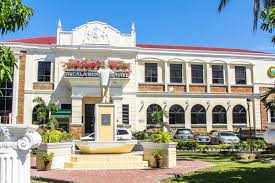 The town of Alcala was formerly called “Dangla”, a flourishing barrio of Bayambang.  On September 20, 1875, Royal Decree No. 682 was issued making the place an official municipality to be named ALCALA, the name of a town in Spain where the then Governor of Pangasinan came from.

The cultural heritage of Alcala can be traced from its early settlers who came all the way from the Ilocos Provinces riding mainly on animal-drawn carts.  These people are known to be adventurous, sturdy, diligent, industrious and thrifty.