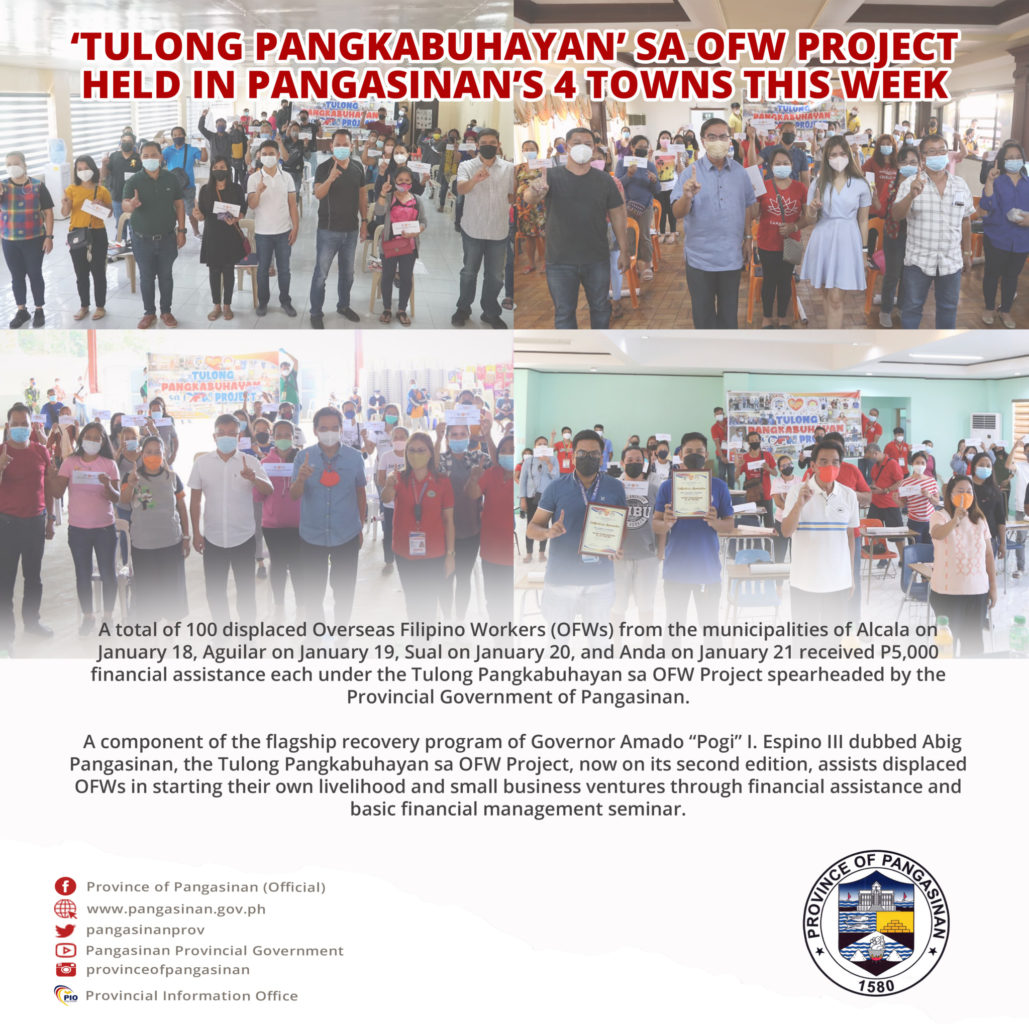 A total of 100 displaced Overseas Filipino Workers (OFWs) from the municipalities of Alcala on January 18, Aguilar on January 19, Sual on January 20, and Anda on January 21 received P5,000 financial assistance each under the Tulong Pangkabuhayan sa OFW Project spearheaded by the Provincial Government of Pangasinan.

The program led by the Provincial Employment Services Office (PESO), in partnership with the Provincial Migration and Development Council (PMDC) under the supervision of First District Board Member Margielou Orange Humilde-Verzosa, is a livelihood and training project for displaced OFWs affected by the COVID 19 pandemic.

Provincial Employment Services Officer Alex Ferrer in Aguilar on January 19 assured that the Provincial Government will continue to implement the project, along with other programs, to uplift the lives of Pangasinenses.

Beneficiaries of the project were selected by the municipal migrant desk officers and were chosen based on their cause of repatriation, number of months or years the OFW worked abroad, and economic situation of the displaced OFWs.

Sual Mayor Liseldo “Dong” Calugay in his message during the program in Sual held on January 20 expressed his appreciation to the Provincial Government, especially Governor Espino, for the unhampered services brought to their town

Brief orientation on the Tulong Pangkabuhayan sa OFW Project and Basic Financial Management Training Seminar led by the staff from Pangasinan Provincial Population, Cooperative and Livelihood Development Office (PPLCDO) was held after the ceremonial awarding to further guide the beneficiaries.

During the Tulong Pangkabuhayan sa OFW Project First Edition, the Pangasinan PESO granted a total of P5.73-million total financial assistance to 1,146 Beneficiaries across the province.