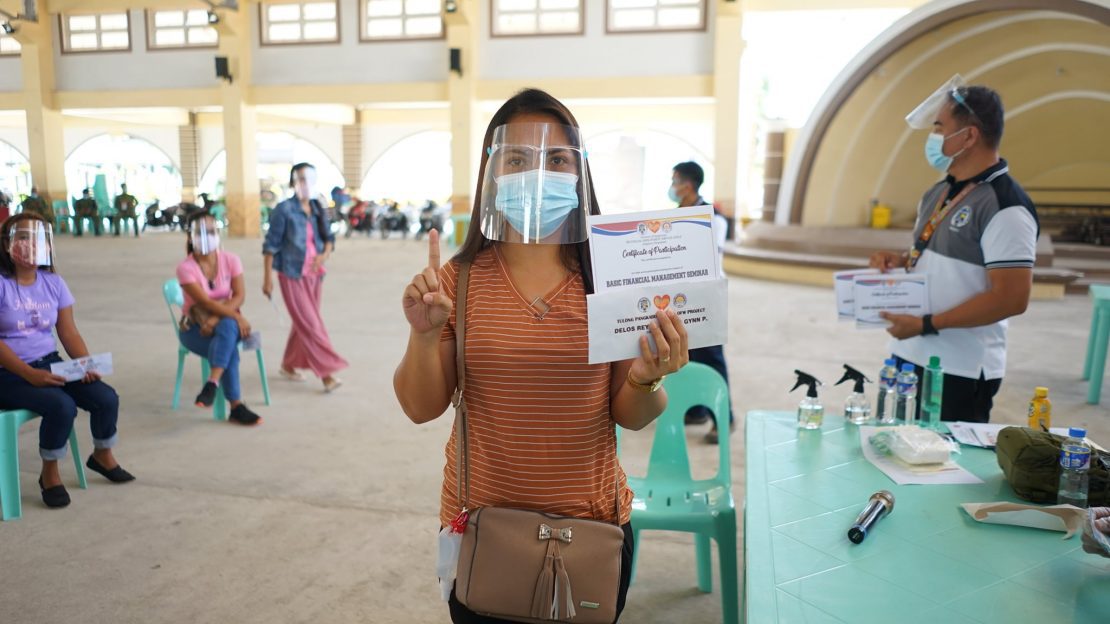 The Provincial Government of Pangasinan has awarded P5,000 each to 25 displaced Overseas Filipino Workers (OFWs) on March 26 in Lingayen through the Tulong Pangkabuhayan sa OFW Project.

A component of the Abig Pangasinan recovery program initiated by Governor Amado I. Espino III, the Tulong Pangkabuhayan aims to provide financial assistance to displaced OFWs as their start-up capital for livelihood ventures.

Second District Board Member Nestor D. Reyes, who led the brief awarding ceremony, disclosed that that the financial assistance is one way of the provincial government in recognizing the efforts and sacrifices of Pangasinense OFWs.

Assuring that the provincial government led by Governor Espino, along with the Pangasinan provincial board, is committed in sustaining meaningful projects for the OFW sector, the second district board member also stated, “We care a lot for them… nasa labas man sila o nasa atin, ang iniisip po natin ay ang ating mga kababayan.”

The beneficiaries of the financial assistance are selected by migrant desk officers of every local government unit in the province based on the following criteria: cause of repatriation, number of months/years OFW worked abroad, and economic situation.

The Tulong Pangkabuhayan sa OFW Project, administered by the Provincial Employment Service Office (PESO), is the second phase of the assistance of the provincial government to the displaced OFWs who were also accommodated by the Tulong Sundo sa OFW Program of the province.

The local government unit of Lingayen also commended the program of the provincial government that provides assistance to financially-challenged OFWs during this health crisis.

“Make sure that the P5,000 that will be handed over to you will really benefit you and make it grow,” Mayor Leopoldo Bataoil urged the beneficiaries.

The next Tulong Pangkabuhayan will be staged in Rosales, the PESO also noted.