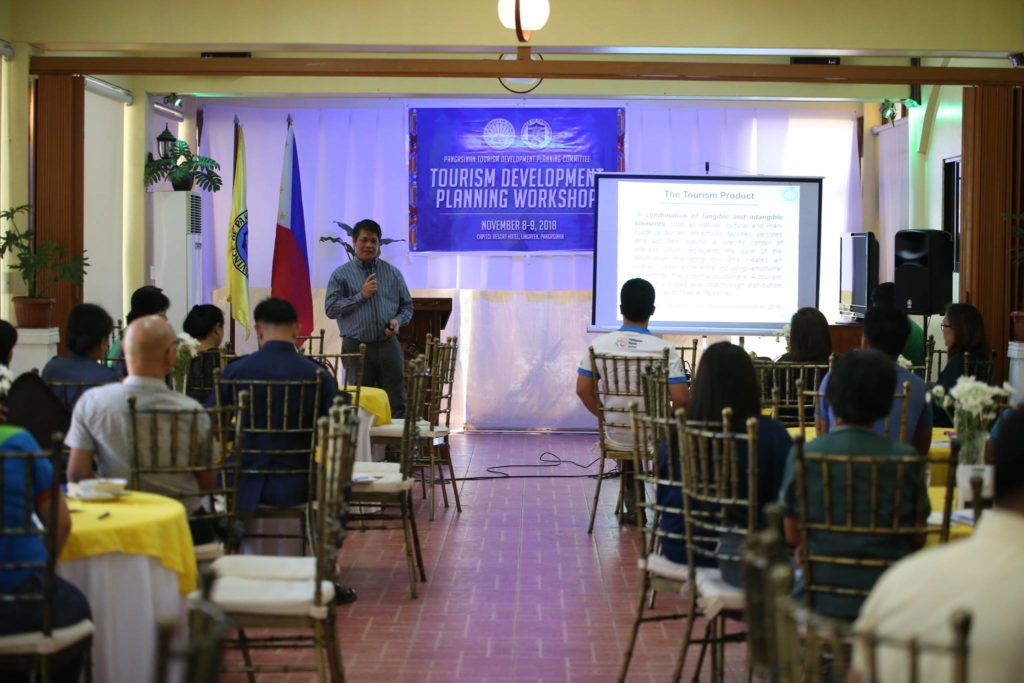 Lingayen, Pangasinan — Stakeholders of the tourism industry in Pangasinan have taken steps to draft the Tourism Development Framework Plan (TDFP) of the province.

The drafting of TDFP is aligned to the national tourism development plan for 2016-2022, which was downloaded by the Department of Tourism (DOT) to Local Government Units (LGUs).

Owing to this, Elduayan said the inclusion of Pangasinan as a potential tourism development area is a golden opportunity for tourism stakeholders to boost further the development of the province’s tourism assets.

“It is necessary for the province to have the TDFP to ensure that the policies and tourism programs of the national government are aligned to the development plans of LGUs,” Elduayan said.

To draw baseline information, consultation workshops were conducted by the PTCAO with the representatives from LGUs clustered in two batches last September. In attendance were local planning and development coordinators, and local tourism officers.

The third consultation workshop held on November 8-9 at the Capitol Resort Hotel, here, was attended by representatives from tourism development partner institutions, which include support offices of the provincial government, national government agencies, and member organizations of the private business sector.

Elduayan said the Provincial Tourism Development Planning Committee (PTDPC), which was formed by Governor Amado I. Espino, III via an executive order last July, will also undertake surveys, quick visits in tourism sites, and development areas, and to focus on group discussions to draw genuine information.

It was noted that social concerns which bear an impact in tourism development which include gender sensitivity, disaster risk reduction and management, and climate change adaptation will be properly discussed and integrated in the TDFP.

Supporting the drafting of the TDFP of Pangasinan was DOT Regional Director Martin Valera, who was present during the two-day consultation workshop along with tourism development experts from the DOT national headquarters.