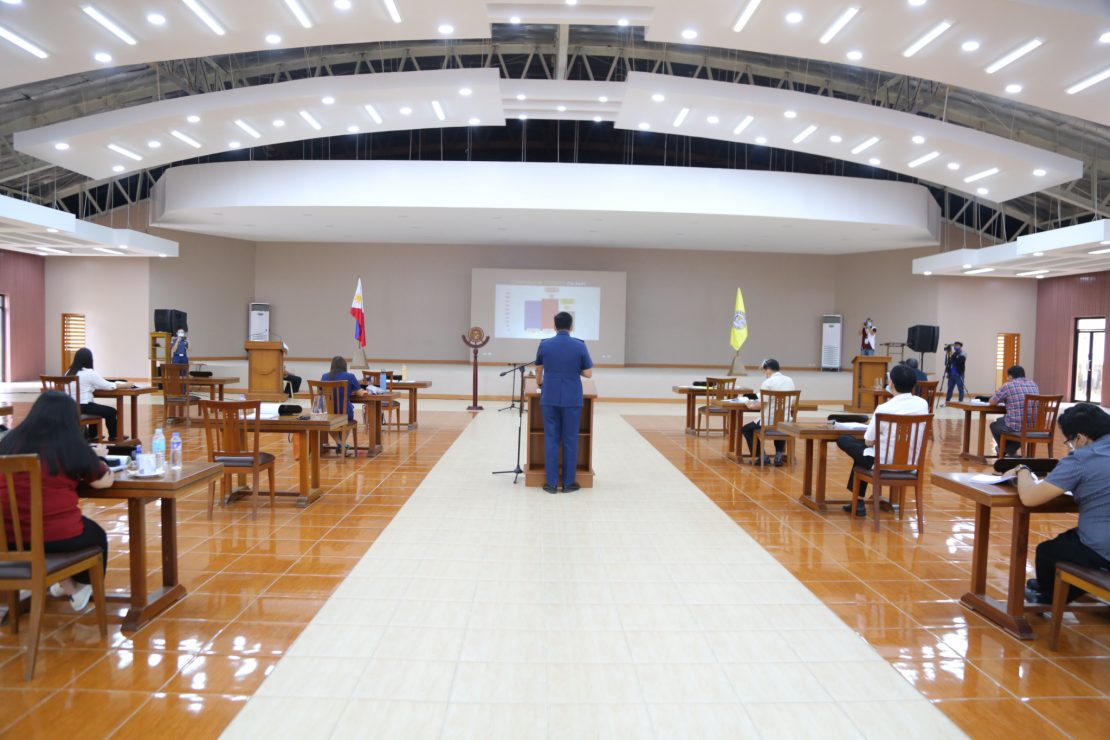 The Provincial Government of Pangasinan and Pangasinan Provincial Police Office (PPO) affirm commitment to address rape incidence in the province, especially during the quarantine.

During the question hour of the Sangguniang Panlalawigan on October 13 held at the Pangasinan Training and Development Center (PTDC) II, Provincial Social Welfare and Development Officer (PSWDO) Emilio P. Samson Jr., underscored the various efforts of the provincial government to safeguard the promote rights of women and their children.

Samson noted that the provincial government accommodates and assists victims of Violence against Women and Children (VAWC) through the Pangasinan Crisis Intervention Center (PCIC).

The PCIC, housed in a new building that was inaugurated in March this year, is situated beside the Provincial Social Welfare and Development Office.

Under the PCIC, the provincial social welfare officer added, are services such as counseling, transportation, food, financial assistance for case hearing and temporary shelther.

In handling rape cases, the PSWDO is in close coordination with the local government units in the province, Samson also stated.

Based on the report of the Pangasinan PPO, rape incidence in Pangasinan decreased by 7% from 2018 to 2019 and continues to drop this year.

Pangasinan PPO Provincial Director Redrico A. Maranan bared that based on police investigations, rape cases against women and children most often take place in residences, especially during the period of 8PM to 12 midnight and 12 noon to 4PM.

The provincial police director urged Pangasinenses to report violations against women and children in Women and Children Protection Desk who handles and caters problems, issues and concerns of women and children, particularly rape.

The WCPD, Col. Maranan added, attends to other needs of the victims including psychological and financial needs and also likewise refers victims to appropriate government agency that will handle the post-incident rehabilitation of the victims.