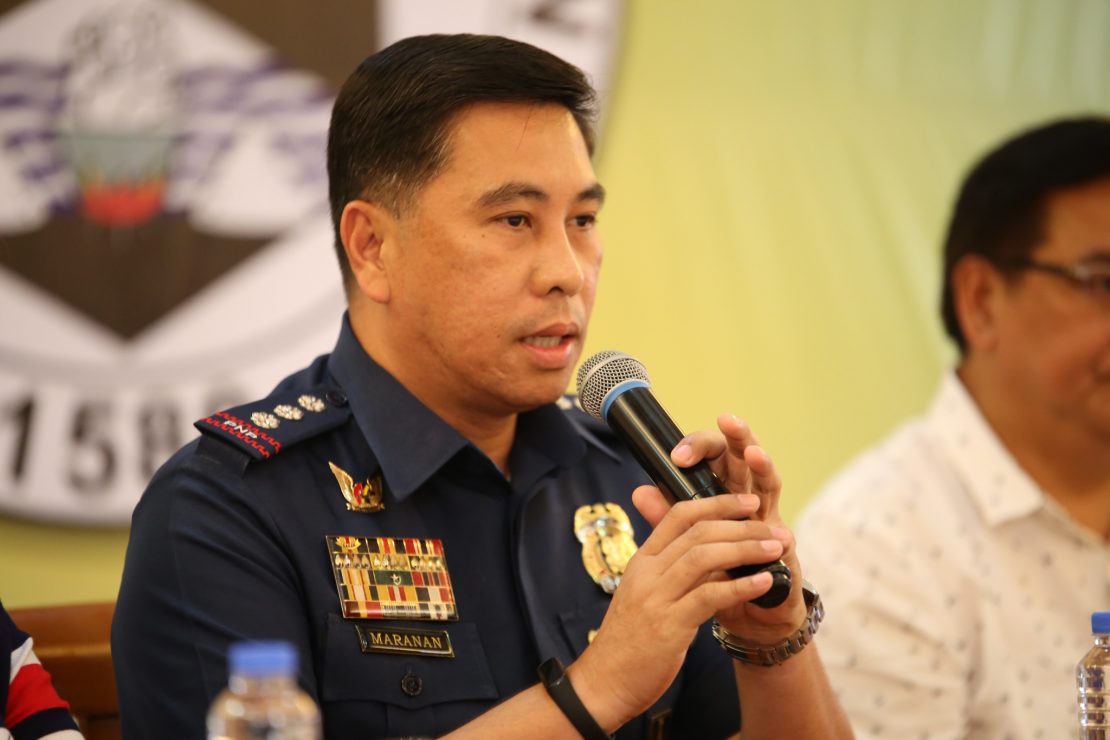 “Mayroon na tayong tatlong suspects na unang nagpakalat niyan.” said Provincial Police Director Redrico Maranan mentioning that two of the suspects are from Lingayen while the other one is currently being traced.

Penalties of such laws include imprisonment of at least one year and a fine of no less than P500,000.

Appropriate charges will soon be filed by the PPO to the identified suspects.

PD Maranan reminded that social media responsibility should always be observed by netizens.

Dr. De Guzman also acknowledged the immediate action of the Provincial Information Office which posted a notice earlier today in the Province of Pangasinan Official Facebook page on the posting of patient’s photos online. 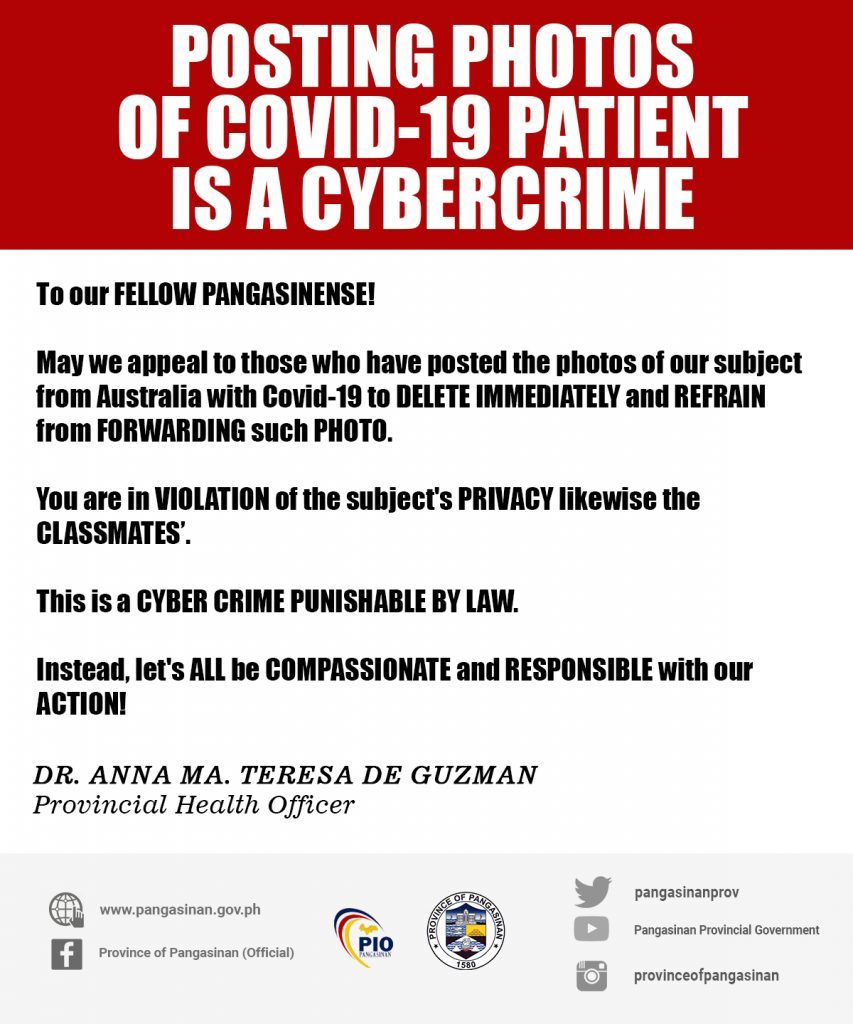 Meanwhile, the Pangasinan PPO is also assisting the contact tracing of those who had a contact with the COVID-19 patient.

It can be noted that the patient attended a class reunion in Dagupan City on February 22. The patient also visited their ancestral home in Lingayen and had a breakfast on a beach resort on February 23.

As of press time, all identified persons under monitoring whose fourteen-day incubation lapsed on March 8 did not show any symptom of COVID-19.