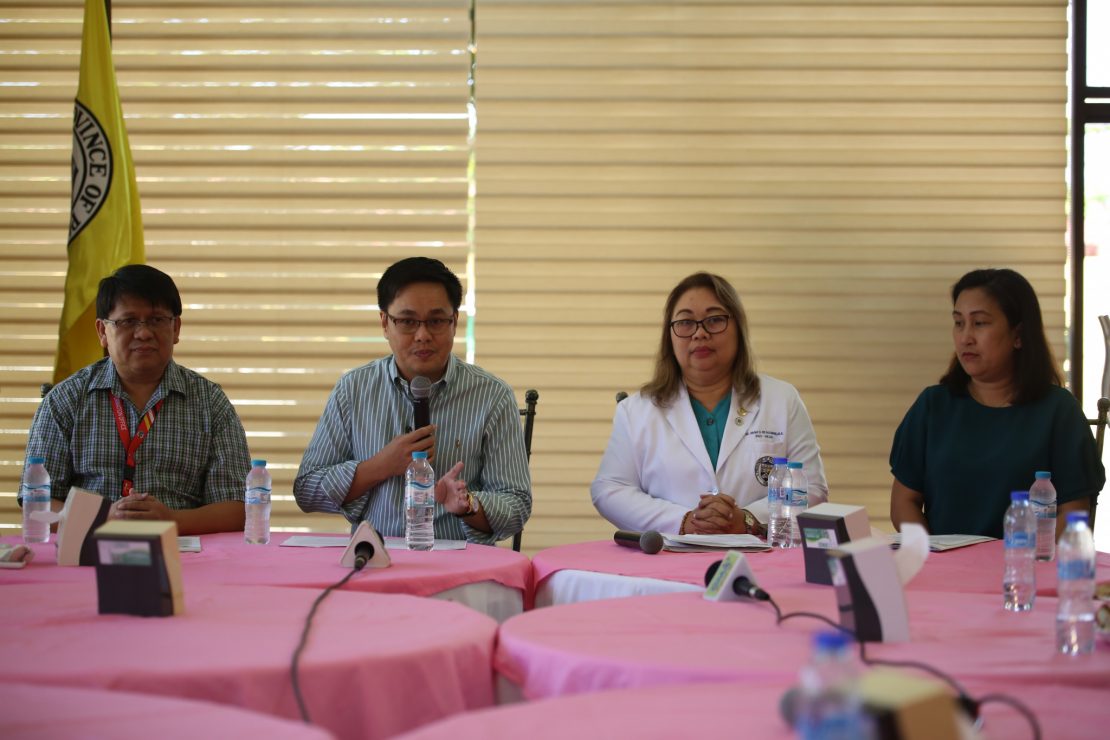 Governor Amado I. Espino III issued on February 13 a public advisory on the postponement of events of the Provincial Government of Pangasinan in compliance with the recent advisories of the Department of the Interior and Local Government (DILG) and Department of Health on the ongoing threat of the 2019 novel Coronavirus (2019 nCoV), renamed Coronavirus Disease 2019 (COVID-19).

The provincial government of Pangasinan has decided to postpone all the scheduled public events and gathering that are expected to draw large attendees until mid-April this year.

Public facilities used as venues for public events will be closed temporarily. Likewise, services of the provincial government such as the provincial orchestra and band, provincial chorale, Dangoan cultural group, Capitol tour guides, and provincial buses are temporarily cancelled.

The Provincial Administrator assured that annual special occasions such as the Agew na Pangasinan and Pistay Dayat celebration will be observed.

Camba also mentioned that the Employee’s Month Celebration this February and Umaani Expo on March are postponed and might be incorporated during the celebration of the Pistay Dayat.

“We are establishing our guidelines and protocols in terms of tourists and guest acceptance to our accommodation establishments,” said Elduayan stating that Governor Espino has already signed the guidelines for hotels and restaurants for receiving guests on Monday, February 10.

As of press time, Pangasinan remains COVID-19-free. However, there is one person under investigation (PUI) who is currently admitted in an isolation room of the Region 1 Medical Center, the end-referral hospital in the province.

Non-contact digital thermometers as well as sanitizers and alcohols are placed in the offices.

The Provincial Health Office also set up the medical first aid area in the capitol grounds if employees and visitors reach 38° C upon the checking of the administering officers.

The Provincial Government of Pangasinan has taken necessary precautionary measures to prevent the risk of transmission of the COVID-19.

On February 11, Governor Espino has issued the letter circular no. 2020-0008 urging all City and Municipal Mayors, Liga ng mga Barangay Presidents, SK Federation Presidents and all concerned Pangasinenses the Department of Health (DOH) Advisory on Concerts and other Public Events and Gatherings, which was earlier transmitted by the Department on Local Government (DILG).

In addition, the Sangguniang Panlalawigan has instituted a legislative precautionary message through the Provincial Resolution No. 201-2020 during its regular session held on February 10, “Urging All Local Government Units of Pangasinan to include Municipal Mayors and Barangay Captains to temporarily discourage the holding of public and private assemblies and gatherings in their areas of jurisdiction.”

The provincial government urges Pangasinenses to be vigilant while the disease remains a national concern.

Proper handwashing and coughing manners as well as avoiding crowded places are advised.