The Provincial Government of Pangasinan sent off eight employees on April 3 to the Sta. Barbara Halfway House for Patients Under Investigation who have tested negative of COVID-19 but just need to complete their remaining quarantine period.

The first team is led by Provincial Health Officer Anna Maria Teresa De Guzman who will stay in the isolation extension until April 12.

Dr. De Guzman was joined by two pavilion nurses on duty, one fetcher staff, one admitting and sending staff, two ambulance drivers, and one support staff. 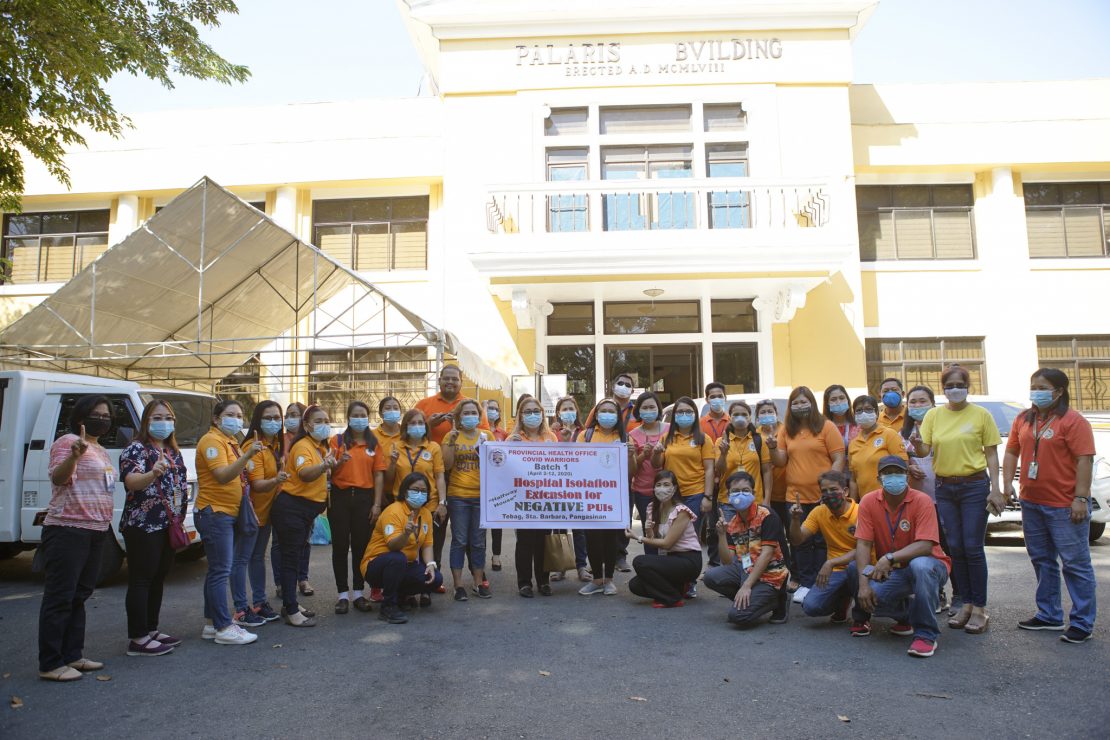 Officers from the Philippine Army and Philippine National Police are also dispatched to secure the area.

Another team will be led by Asst. Provincial Health Officer Cielo Almoite.

The second team will be on duty starting April 13.

The teams will also undergo self-quarantine after their respective duties.

Governor Amado I. Espino III earlier pointed out that hospitals need to be decongested from PUIs who are already tested negative of the virus.

To support this, the Sangguniang Panlalawigan also passed the Provincial Resolution No. 333-2020 which endorses possible establishments of temporary holding facilities (half-way house) for the completion and compliance of the 14-day quarantine period of patients under investigation who tested negative in the province.

It can be noted that the Sta. Barbara Halfway House, which is surrounded by trees, is strategically located between Pangasinan Provincial Hospital and Urdaneta District Hospital. (Photos by Ana Jean Millete)