The Provincial Government of Pangasinan enjoins all local government units to support the full implementation of the S-PaSS in the province.

In a meeting held at the Narciso Ramos Sports and Civic Center (NRSCC) Admin Building on April 28, the Management Information Services Office (MISO) has once again presented the updates and status of the S-PaSS in Pangasinan.

S-PaSS, which stands for Safe, Swift and Smart Passage, is an online travel management system developed by the Department of Science and Technology (DOST) for a safer and more convenient travel across the country.

The MISO noted that as of April 2, 72 out of the 121 Provinces/Highly Urbanized Cities (HUCs)/Independent Component Cities (ICCs) are already using S-PaSS and among which is the province of Pangasinan.

Although the full implementation has not yet started in the province, MISO Software Developer Jay-R Dela Pena added, that the province is currently disseminating S-PaSS accounts municipalities and component cities.

About 26 LGUs are using S-PaSS as of April 26, while others are still for coordination, said MISO chief noting that the provincial government has also conducted orientation and on-site inspection in border checkpoints relative to the implementation of the S-PaSS.

It was noted that LGUs are tasked to validate authenticity of incoming traveler’s travel requirements and approve the Travel Coordination Permit (TCP) which will be presented to the border checkpoints manned by Philippine National Police (PNP) personnel.

Once approved, the TCP which can presented digital or printed in border checkpoints, can only be used as one-way ticket for a traveler and likewise, issued individually.

Dela Pena also noted that approval process of S-PaSS is dependent on the completeness of the requirement and own processing time of LGUs.

As stated in EO 0027-A-2021, external travelers coming from the province of Bulacan, Cavite, Laguna, Rizal, the Municipality of Pateros, and NCR are denied to enter Pangasinan, except essential travel including but not limited to travel by frontline services, government personnel, emergency and humanitarian cases and movement of cargo.”

Section 3 of the said EO also added, “The traveler must present any competent proof of identity, document stating workplace address, or any proof of essential travel in border checkpoint.” 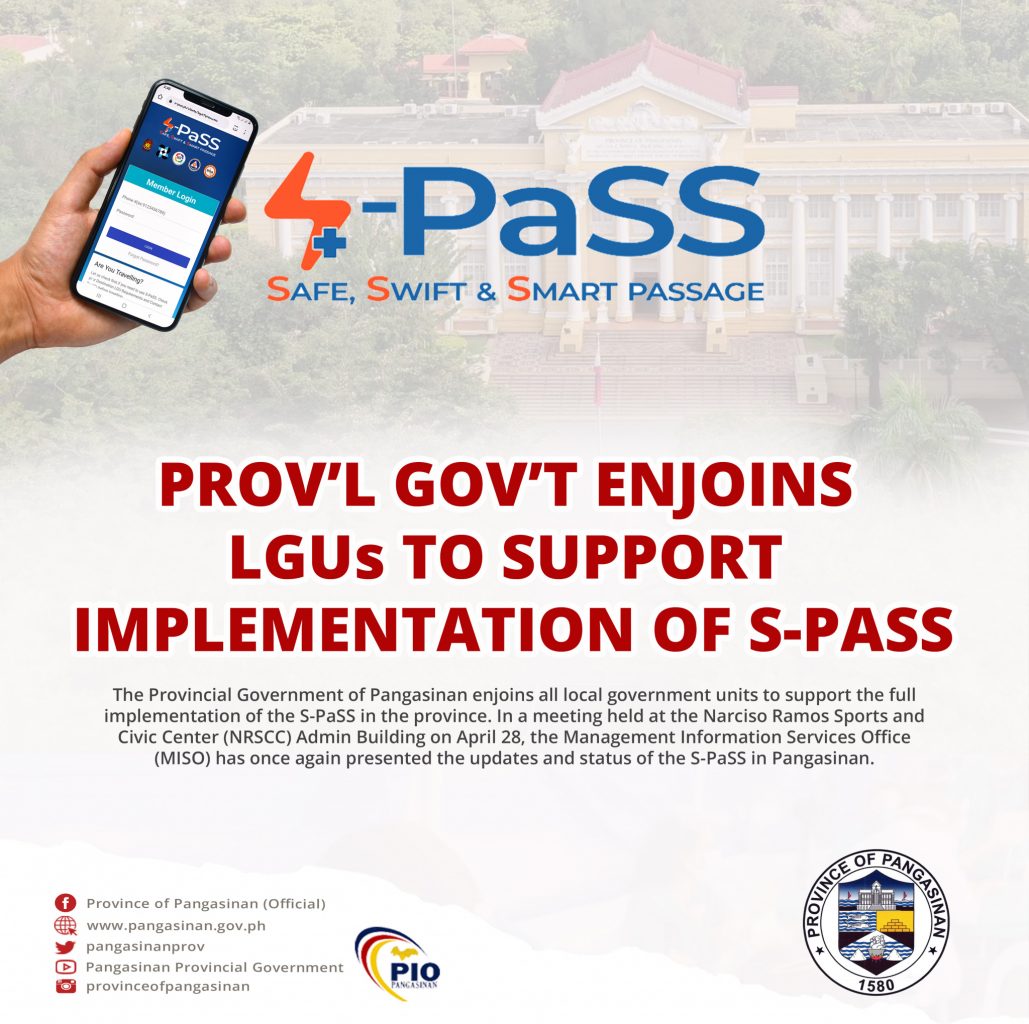