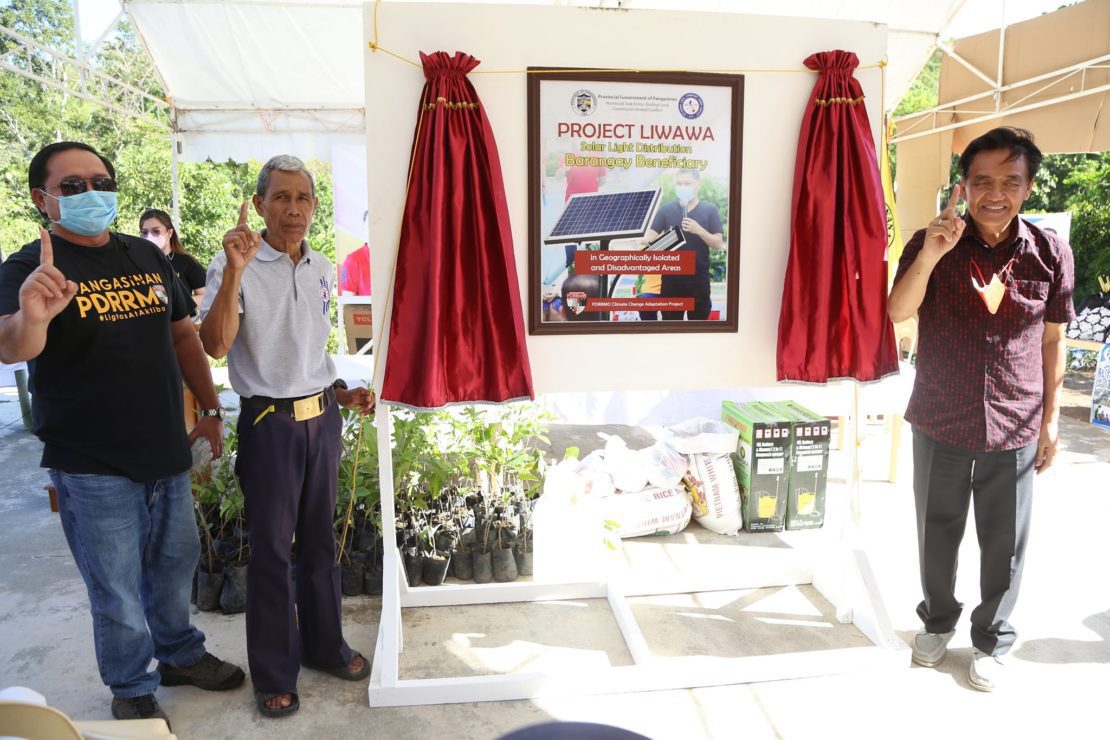 The Provincial Government of Pangasinan distributed seven solar lights to farthest barangays in Infanta during the unveiling of “Project Liwawa” in the area on March 4.

Project Liwawa is a brainchild project of Governor Amado ‘Pogi’ I. Espino III, which aims to give solar lights to the residents in Geographically Isolated and Disadvantaged Areas (GIDAs) in the province using renewable energy.

The solar lights, installed on lamp posts, are located in Sitios Cabanayan, Centro, and Tigin and Babuyan Elementary School in barangay Babuyan and Sitios Malanum-lanum and Centro in barangay Pita in Infanta.

On behalf of Gov. Espino, former Executive Secretary of the Philippines Oscar Orbos lauded the governor for his exemplary leadership and exceptional projects in the province.

Project Liwawa is part of the Abig Pangasinan, the flagship socio-economic program of Governor Espino.

The Office of the Agriculturist (OPAg) distributed 400 fruit tree seedlings, and two knapsack sprayers for the two barangay beneficiaries.

The Provincial Library Office (PLO) awarded information art materials, big books, and storybooks at daycare centers, and the Department of the Interior and Local Government (DILG) books to be used by the barangay councils.

The PDRRMO provided rubbing alcohol and vitamins for frontline workers.