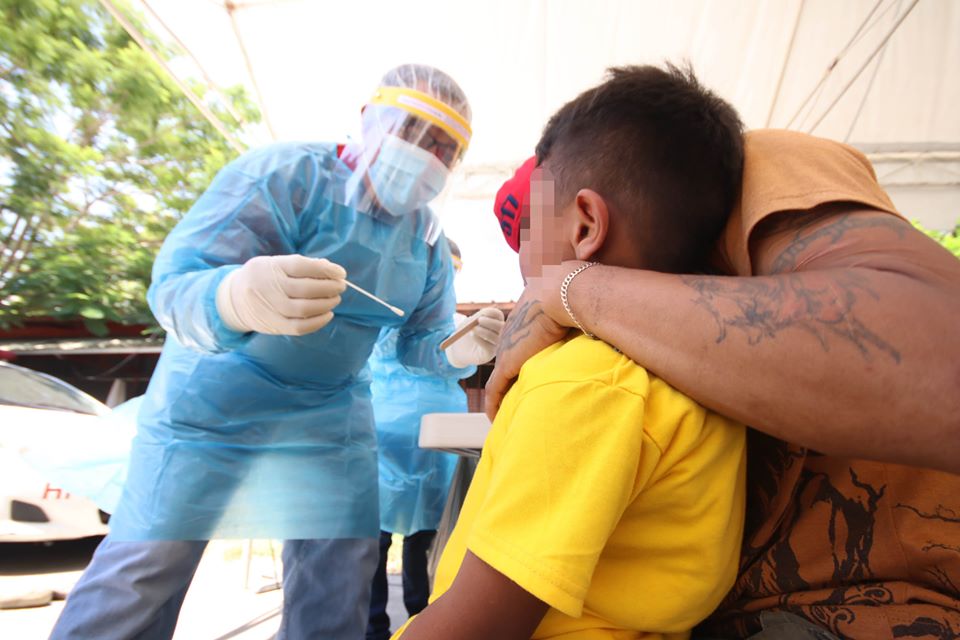 Twenty-eight locally stranded individuals (LSIs) at the Rosales-Tarlac border were allowed to enter the province on June 22.

The Provincial Government of Pangasinan assisted these LSIs who were initially blocked by the Philippine National Police (PNP) at the border due to lack of any of the necessary documents, namely: medical certificate and travel authority.

Prior to their send off, all the 28 stranded individuals underwent PCR-RT swab test which was administered by the Provincial Health Office (PHO).

The LSIs expressed their gratitude to the Provincial Government of Pangasinan led by Governor Amado I. Espino III for the continuing efforts to assist stranded individuals across the country during the threat of the COVID-19.

A 40-year-old stranded individual said that mass testing program of the provincial government for LSIs plays a vital role in ensuring the safety of not only the returning Pangasinenses, but also their families.

Together with his pregnant wife, Saturnino Volante arrived at the Rosales-Tarlac border on June 9. Given the risks to pregnancy for the COVID-19, the PNP earlier sent the pregnant mother back to their hometown in Alcala, he disclosed.

It can be recalled that the first batch of stranded individuals at Rosales-Tarlac border composed of 46 Pangasinenses were assisted on May 7 while another set of 59 Pangasinenses went home on May 13. In the third batch, 52 Pangasinses were able to enter the province on May 26 and another 49 were assisted on May 31. The fifth and sixth batch consist of 23 and 17 LSIs who returned to their towns and cities on June 8 and June 15, respectively.

The provincial government has also assisted stranded Pangasinenses in other border points, like Mangatarem-Tarlac border on May 8 with 20 Pangasinenses and another batch with 19 Pangasinenses on May 13.

Governor Espino earlier bared in an interview that the provincial government in coordination with the national agencies remains strict in watching the boundaries of Pangasinan to safeguard the health and security of Pangasinenses even under the Modified General Community Quarantine (MGCQ) in the province.