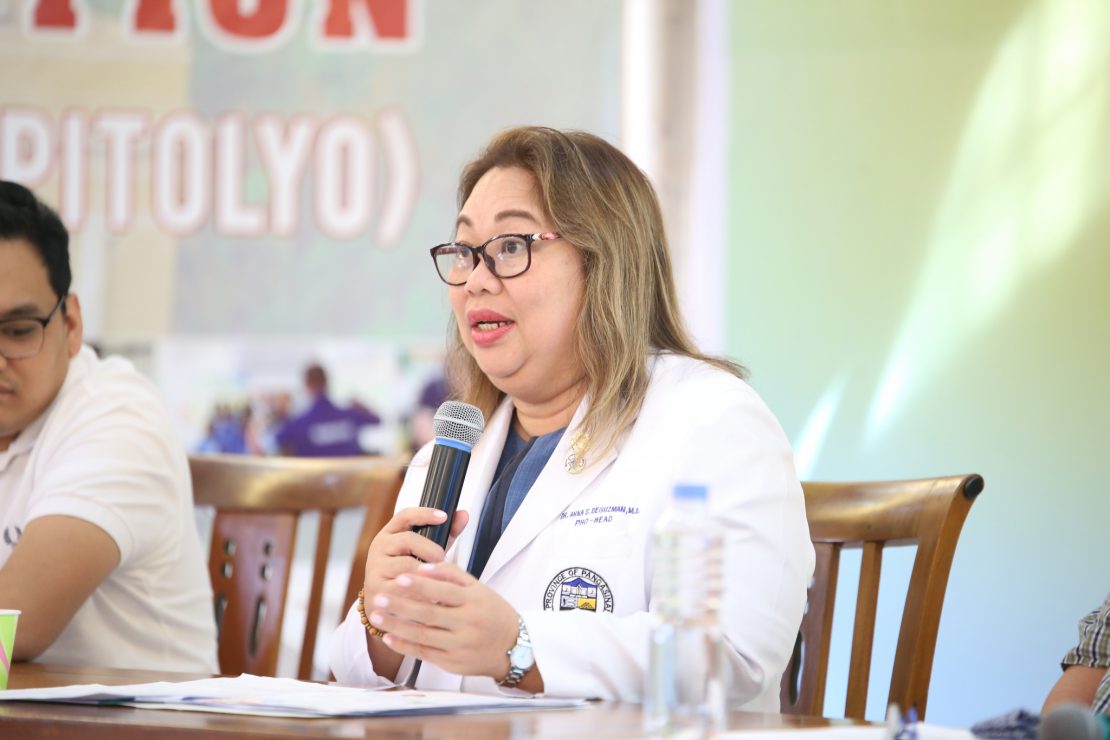 The Provincial Government of Pangasinan intensifies its campaign against firecracker-related injuries during the holiday celebrations.

This was bared by Provincial Health Office (PHO) Chief Anna Ma. Teresa S. De Guzman during the Pangasinan in Action media forum episode on December 17 held at the Ceremonial House of the Urduja House.

The PHO chief said that this year, the health department of the province rolls “Iwas Paputok, Iwas Putol, Fireworks Display ang Patok” in support to the “Iwas Paputok” campaign earlier launched on December 5 by the of the Department of Health (DOH).

The campaign urges Pangasinenses to conduct fireworks display in one venue in every area to guarantee safer New Year this year.

The PHO recorded 101 firecracker-related cases during the duration of Christmas holidays until first week of January 2019, which is a 6% decrease in the recorded cases in 2017 that reached 107, Dr. De Guzman explained.

Among the commonly used firecrackers that have caused accidents in the previous years are sky rocket or “kwitis” and piccolo, Dr. De Guzman said noting that these types of firecrackers can be easily transported discreetly and can be sold in some sari-sari stores.

The14 government-run hospitals of the province, Dr. De Guzman disclosed, are also prepared especially the emergency rooms including the medicines, instruments and apparatus of each hospital, which will be used in accommodating the victims.

Dr. De Guzman also assured that the provincial government under the leadership of Governor Amado I. Espino III complements the number of manpower to cater to the influx of patients in the government hospitals in Pangasinan.

Hence, personnel of the hospitals, especially those who are assigned in critical departments of the hospital, are to observe ‘code white’ on December 21-23 and on December 26-30 which refers to the readiness of hospital manpower like general and orthopedic surgeons, anesthesiologists, internists, operating room nurses, to respond to any emergency situation.

Meanwhile, on December 24-25 and on December 31-January 1, personnel of the hospital will observe ‘code red’ which means that they are on-call to ensure that all injured will be accommodated.