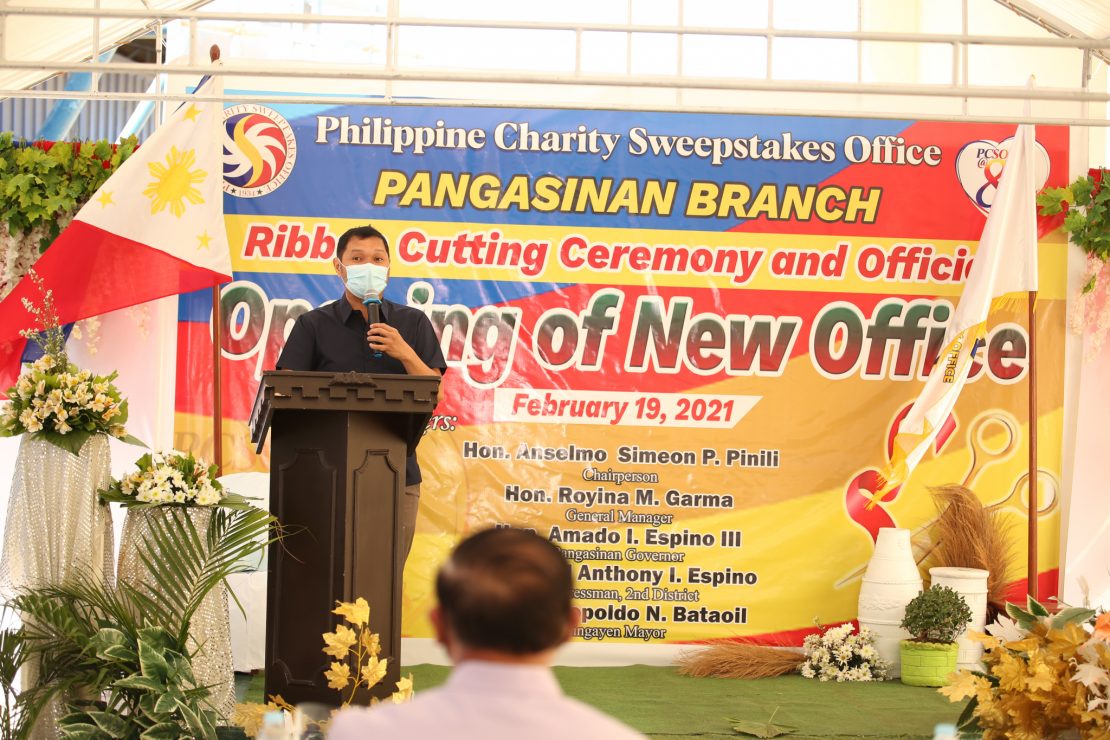 In his message, Governor Espino assured that the Provincial Government of Pangasinan will work together with the PCSO to provide quality service to the whole province.

The provincial chief executive also expressed his appreciation to the PCSO for their commitment to help the Province of Pangasinan.

The PCSO conducts fund raising through charity sweepstakes, lotteries, and races to provide funds for medical assistance and services and other charities in the country.

Formerly located in Urdaneta City, the new PCSO Pangasinan Branch building is now situated in the capital and center of Pangasinan to serve more Pangasinenses conveniently. The transfer also aimed to make it easier for other agencies to coordinate with the said office.

In-line with this, Lingayen Mayor Leopoldo Bataoil bared the plans to centralize the government agencies in the capital town of Pangasinan to effectively deliver public service across the province.

“One of the things I had in mind was to make all government agencies cohesive and effective in the delivering of public service. The potential of this place as a government center for all other agencies that can be accommodated in support to the governance of our provincial government,” said Mayor

General Manager Royina Marzan Garma thanked the Provincial Government for its support to the undertakings of PCSO in Pangasinan.

“This is the first time that I saw the LGU na all-out ang support. We have a governor who is also supportive at nakita ko ‘yong generosity from them na i-ooffer lahat,” said GM Garma.