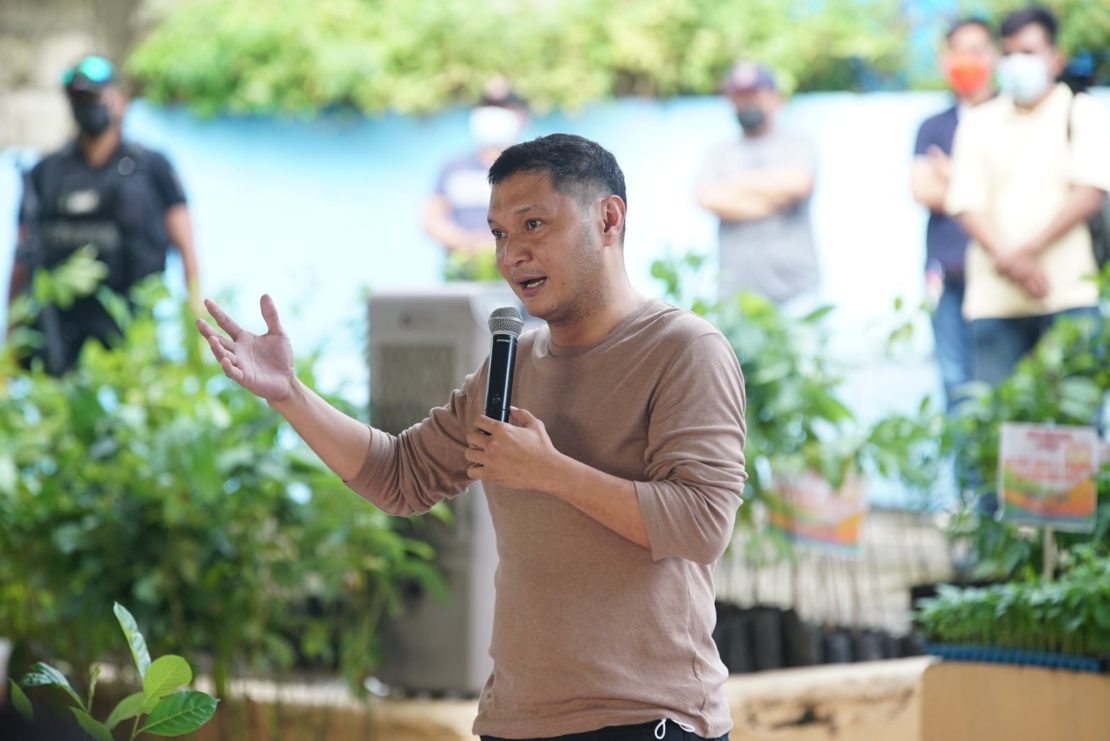 This was stated by Governor Amado “Pogi” I. Espino III as he commended the continuous unity of Pangasinenses which led to the decrease of daily COVID-19 cases in Pangasinan.

During the Abig Pangasinan Karaban in Barangay Tomana West, Rosales on November 13, Governor Espino highlighted that Pangasinenses will continue to prevail through their sacrifices and discipline amidst the pandemic.

The Abig Pangasinan is a brainchild program of Governor Pogi Espino which aims to directly bring the services of the Provincial Government closer to every Pangasinense.

A total of 644.23 kilos of plastic wastes were exchanged for P12,828 worth of groceries through the Kalinisan Karaban Program. The plastic wastes are then processed to become eco-bricks. In addition to the environment protection program, one unit of grass cutter was awarded to the host Barangay, Tomana West,

Thirty-two participating vendors were assisted in the Kabuhayan Palengke Karaban. The Provincial Government purchased a total of P58,490 worth of produce from local vendors. Purchased products were brought to the 14 government-run hospitals to be served as meals of patients and frontliners.

Through the Karagdagang Pangkabuhayan (Cash-for-Work) program, fifteen members of the vulnerable sectors from Barangays Tomana West, Tomana East, Balincanaway, Carmen East, Carmen West were given P400.00 financial assistance for their service in the Abig Pangasinan Karaban.

A total of 98 dogs and eight cats were treated with various services from the veterinary medical mission.

Rosales Councilor Patrick Revita expressed his gratitude towards the provincial government of Pangasinan for bringing the Abig Pangasinan closer to Rosales.

Meanwhile, Governor Espino continues to urge Pangasinenses to support the intensified vaccination roll-out in the province to further protect one another.