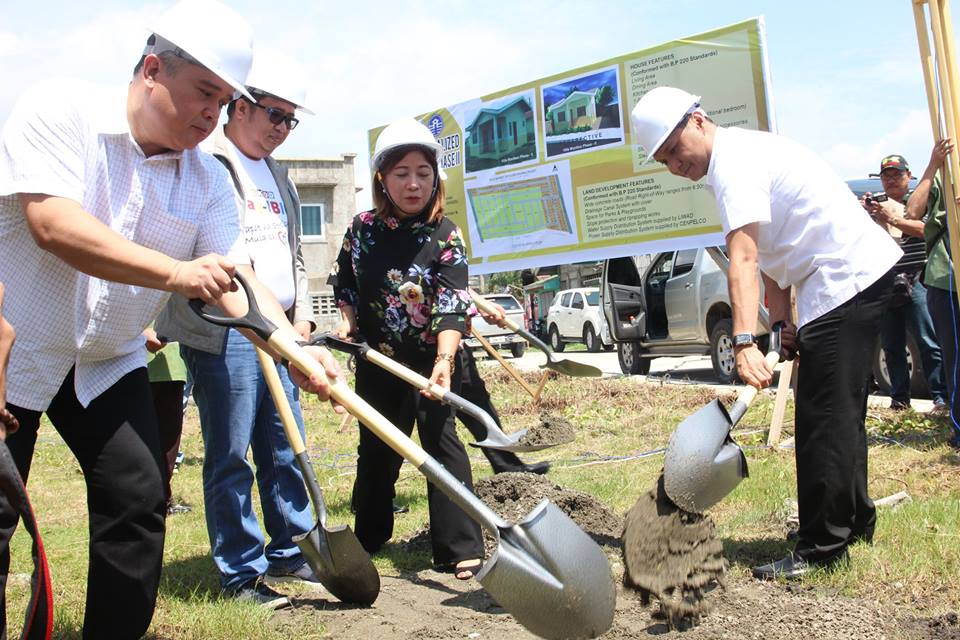 As disclosed by Gov. Espino, the project is one of the legacies of his father, the former governor and now 5th district representative Amado T. Espino, Jr. who started it all and handed down to his administration.

Noting that housing is one of the basic needs of the family, the governor stressed the importance of home which he dubbed as “kingdom” where the head of family can call his own and in where he can fully protect his loved ones. “Nothing beats home. Wala ng sasaya pa sa pagkakaroon ng isang kaharian kung saan makakasama mo ang mga mahal mo sa buhay,” he said.

Vice Gov. Calimlim, on the other hand, commended the Espino administration for conceptualizing a praise-worthy project that is aimed to uplift the lives of the homeless and underprivilege Pangasinenses.

Expressing elation over the recent development, the vice governor said he is happy to see how the dream of the older Espino has turned into reality under the able leadership of his son.

Provincial Housing and Urban Development Officer Alvin L. Bigay said that the site of the project is jointly owned by the provincial government and the National Housing Authority which is part of a 5.5 hectare property segregated from the coverage of Presidential Proclamation No. 499.

Engr. Bigay added that the typical housing design is a single-attached type dwelling unit with a total floor area of 32.10 square meters which is similar with the models built in Phase I of the project where some 257 beneficiaries  are now enjoying their residence in the same area.

Land development works such as roads, drainage, power and water sully system were financed by the HDMF under the Sites and Services Development Program, Engr. Bigay disclosed.

As stated by Atty. Joseph Quiboloy, VP for Home Lending Operations in North Luzon, construction of housing units and the purchase of developed lots by the qualified homebuyers will be financed by the HDMF under the End-User Financing Scheme. Dwelling units will be payed by the beneficiaries on a monthly basis depending on the years of amortization accorded to them.

It can be recalled that the provincial board headed by Vice Governor Calimlim has approved Provincial Resolution No. 419-2018 last June 25 to authorize the governor to ink partnership with the HDMF for extension of affordable housing loans to PAG-IBIG fund members under the end-user financing program.