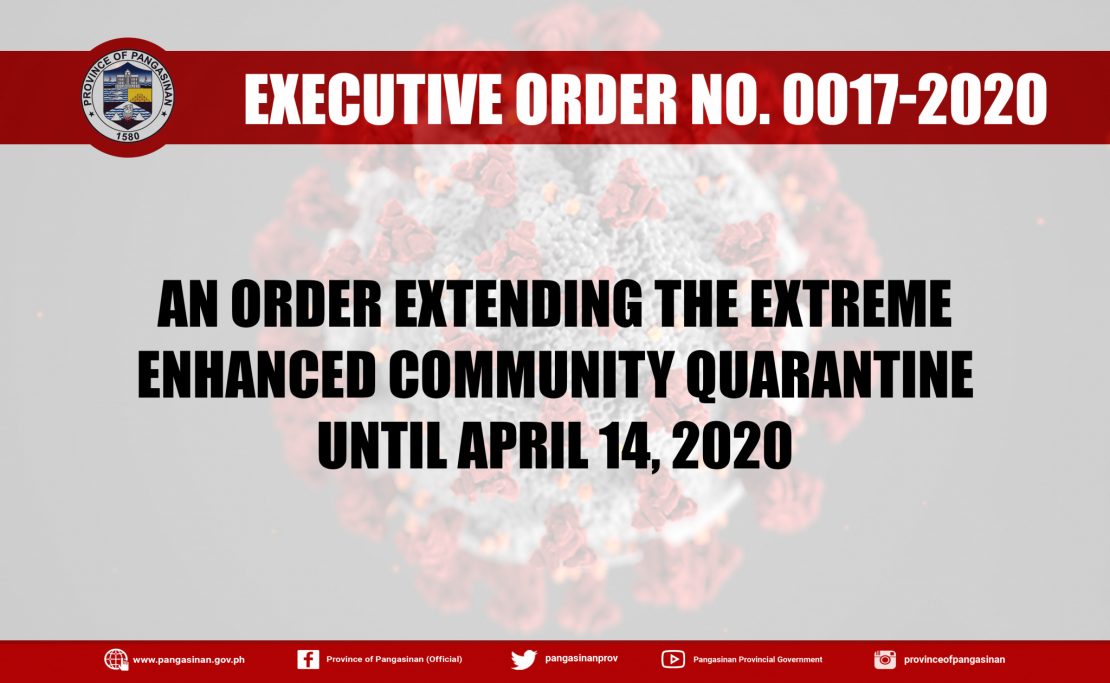 Governor Amado I. Espino III signed Executive Order No. 0017-2020 on April 5 extending the Extreme Enhanced Community Quarantine in the province until April 14.

The extension is the province’s response to safeguard the welfare and health of Pangasinenses due to spread of COVID-19 in Pangasinan.

As of 7:00 p.m. of April 4, Pangasinan recorded 28 confirmed COVID-19 cases with 7 deaths. On March 30, these figures were at thirteen and five respectively.

In the recent Inter-Agency Task Force meeting at the Narciso Ramos Sports and Civic Center (NRSCC) Wellness Center last Saturday (April 4), Governor Espino called on some national government agencies and provincial government offices to further strengthen their intervention efforts against COVID-19 and asked for more innovative approaches to flatten the curve of the virus.

Hence, the provincial chief executive highlighted the responsibility of each household to lower the number of affected Pangasinense by strictly complying with the home quarantine protocol.

It can be recalled that the provincial government also initiated the first wave of relief package distribution to all 44 towns and three cities in Pangasinan starting on March 30 which was intended to augment the existing relief efforts of respective city and municipal offices.

The relief packs include three kilograms of rice, two tin cans of sardines, and two packs of instant noodles.