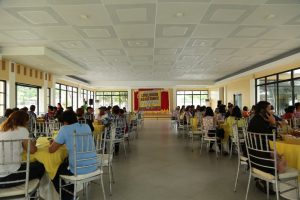 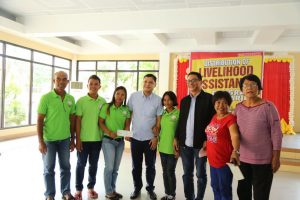 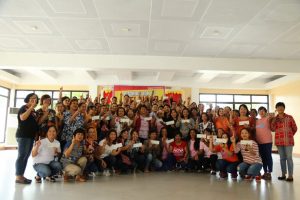 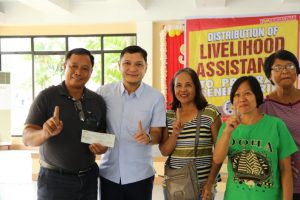 “We, in the provincial government, will continue to provide livelihood assistance for Pangasinense entrepreneurs.”

This was pledged by Governor Amado I. Espino, III as he led the awarding of P5.79-million financial grant to 29 cooperatives, four micro small and medium enterprises (MSMEs) and one goat production association at the Narciso Ramos Sports and Civic Center (NRSCC) Restaurant on July 30.

Governor Espino commended the strong partnership between and entrepreneurs and the provincial made evident with the high repayment rate and growing loan renewal cycle of the Livelihood Assistance Program (LAP) in the province.

The provincial chief executive also disclosed that the provincial government stretched the maximum loan cycle to 10 renewals to give way to beneficiaries who are now on their 7th cycle.

As such, the provincial government targets to increase the maximum loan amount to over P1-million.

Governor Espino was assisted by Provincial Population, Cooperative and Livelihood Dev’t Officer (PPCLDO) Ellsworth G. Gonzales in handing over the financial grant to the 34 recipient groups.

The fourth batch of LAP this year has a total beneficiary of 1,231.

It can be learned that the livelihood assistance program of the provincial government started in 2008 under the administration of then governor and former Congressman Amado T. Espino, Jr.

Since the launching of the LAP in 2008, the said program has already distributed over P145-million financial grant.