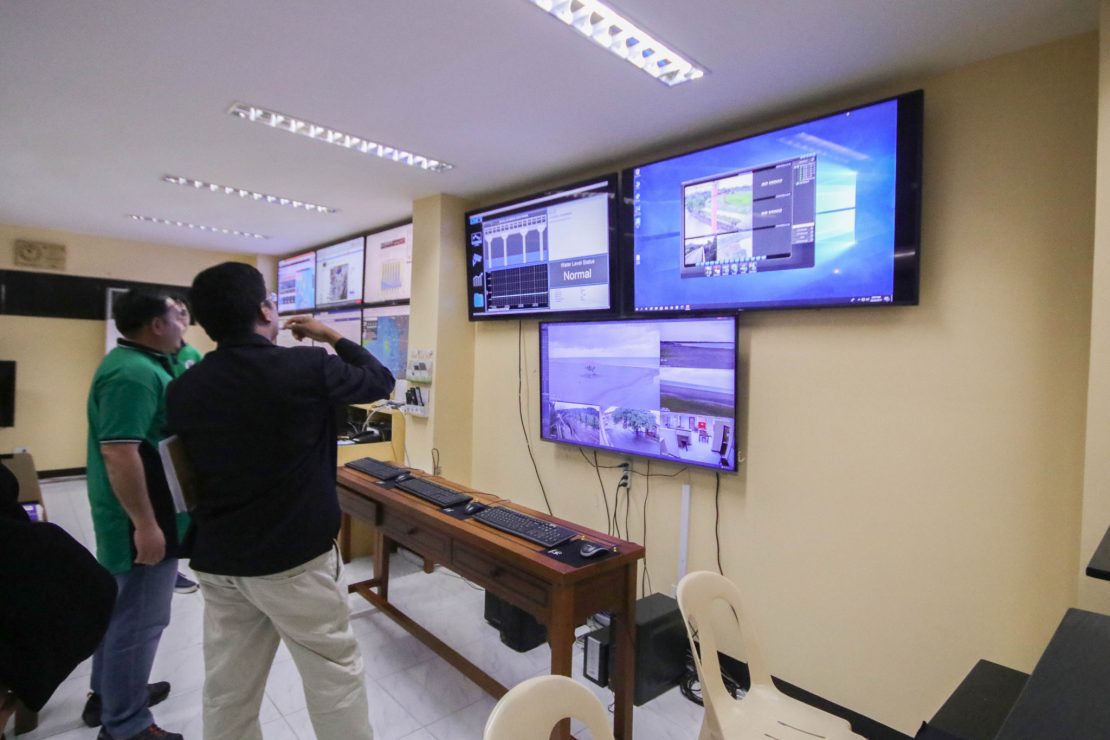 LINGAYEN, Pangasinan – The province of Pangasinan is one step closer to gaining the 2019 Seal of Good Local Governance (SGLG), its fifth seal since 2015.

Prior to the conferment of the 2019 SGLG, a national validating team was sent by the Department of the Interior and Local Government (DILG) to Pangasinan on August 8 for document review and onsite visit.

“Pang-apat na national validation ko na ito. This is the first na ganito ‘yung level of performance na nakita namin for a provincial government. We can compare the dynamics in local governance. We hope Pangasinan’s dynamics will be replicated all around the country to raise the bar in local governance,” said Local Government Operations Officer V Alvin Rex M. Lucero from DILG Region IX, national validating team leader, during the exit conference held right after the document review and onsite visit. 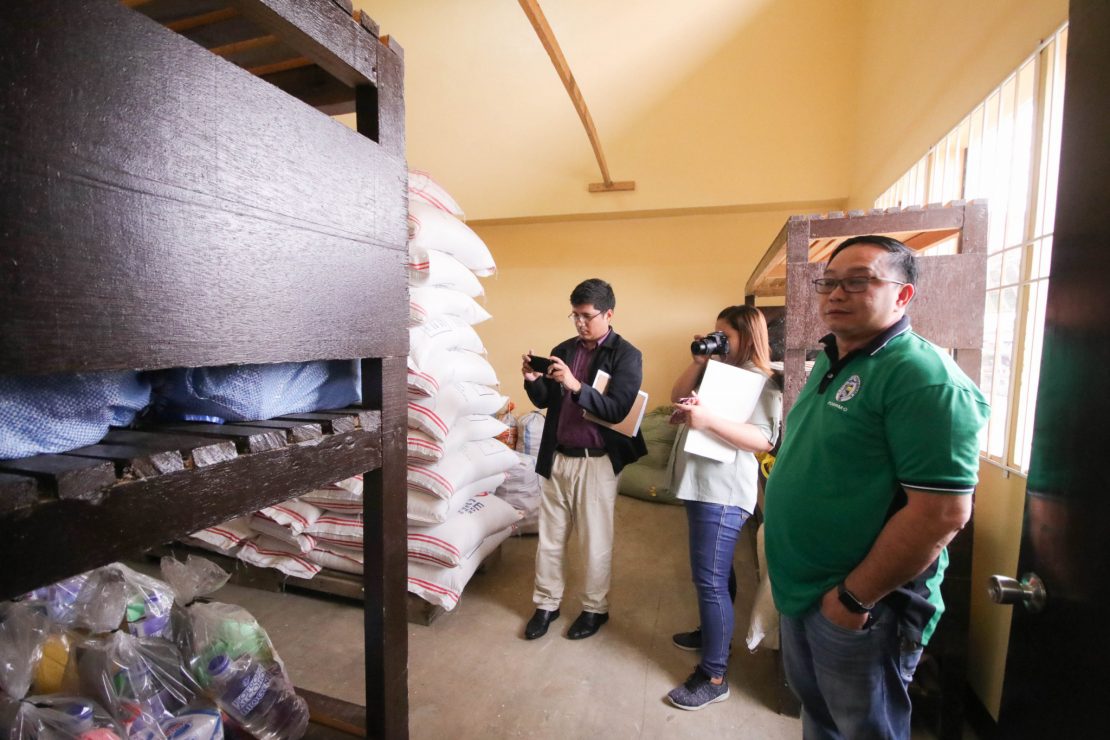 Lucero highligted the institutional capacity of the provincial government in disaster risk reduction and management made evident with the presence of the Provincial Disaster Risk Reduction and Management Office (PDRRMO) manned by the prescribed plantilla positions and other personnel. The office became a separate department on instruction of Governor Amado “Pogi” Espino III.

“The province is ready and resilient to respond to calamities,” said Lucero, who lauded the PDRRMO in terms of planning, disaster response, risk understanding, having the presence of a compliant evacuation center, and the close coordination with lower disaster risk reduction and management offices.

“All these give us no reason at all not to recommend the province of Pangasinan for the 2019 SGLG,” Lucero said.

With Lucero was Local Governance Operations Officer II Mae Ann Casuyac, who also gave her inputs from the validation. 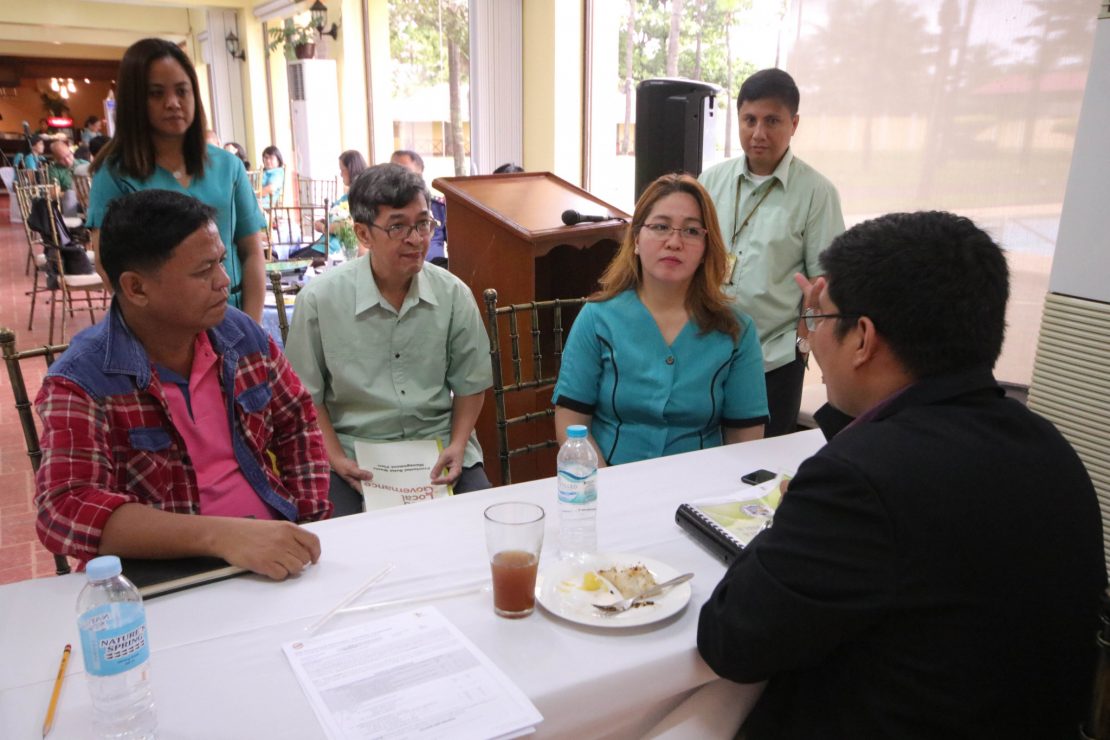 De Leon expressed optimism that the Province of Pangasinan will bag home its fifth SGLG, owing to the consistent compliance of the province to the SGLG indicators.

Only two provinces in the country which include Pangasinan are cited as the “only consistent in receiving the SGLG” since it was scaled up in 2015 from the previous Seal of Good Housekeeping.

Under the Espino administration, Pangasinan was conferred the SGLG for four consecutive years (2015, 2016, 2017 and 2018). A Local Government Unit awarded with an SGLG is given a cash incentive of the Performance Challenge Fund.

De Leon said Pangasinan, for two consecutive years (2017 and 2018), was also validated as a “clean passer,” which means that all SGLG indicators have met the compliance criteria represented by the “green” color.

Also present during the validation was DILG OIC Provincial Director Randy dela Rosa, and the Provincial Planning and Development Office led by Benita Pizarro, the SGLG focal office of the provincial government.

Unlike in the previous years when the national validation is conducted the whole day, this year it only took few hours. Only selected documents were checked to assess the compliance to the SGLG indicators.

Prior to the national validation, the DILG regional assessment team had conducted its thorough review and assessment of the documents.